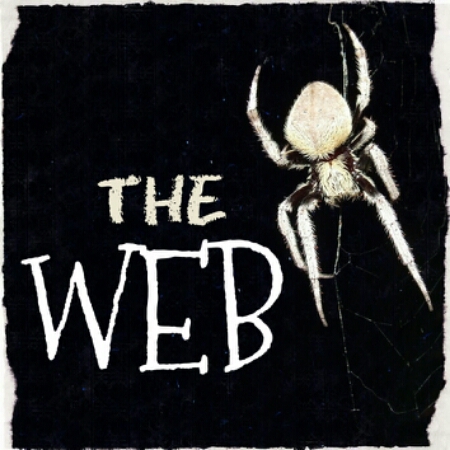 Whenever I see a spider now, I think of Nana Bailey.

She wouldn’t let you harm them. If you were on her property it was her rules, and her rules were emphatic. Say please and thank you. Eat with your napkin in your lap. Leave Nana alone when she’s knitting–Nana loved knitting, churned a sweater out for each of us Christmas, Easter, and birthdays unfailingly.

Her cardinal rule, however: never harm a spider.

We spent a lot of time at Nana Bailey’s in the summer. All the Bailey kids: a passel of us, a congregation, a pack. We had a pecking order, oldest to youngest, and Nana Bailey was our venerable alpha.

She was good for exploring the woods with us, even though she must’ve been seventy or eighty. She knew the name of every tree, every berry, every rock. She would braid her long white hair into two plaits and cover it up with an old plaid kerchief, trade out her housedress for a pair of worn-in slacks. Nana Bailey never wore jeans–such a thought was sacrilege. But when we saw the slacks and the kerchief, we knew she was fixing to show us something in the woods on the edge of the property.

Usually, it was some new variety of spider.

They’re good creatures, she would tell us. Out there in the woods, in the brown silence of fallen leaves, every word she said was gospel. We were willing disciples of twilight and the trees.

She showed us the banana spider, black and yellow, constructing her web of golden silk. The wolf spider, a fat hissy fellow who made his home on the ground in the leaves. Even the common brown wood spider had a place in Nana’s pantheon–big specimens were caught in Nana’s always-handy plastic tumbler and passed around for our admiration before being deposited once more safely in the bushes.

If  it wasn’t for spiders, we’d be up to our hineys in bugs, she’d say. Nobody wants that. Far too many bugs in the world already, buzzing around, taking up air for the rest of us to breathe.

Nana was always right. Even when she got older and went a little kooky, if you just listened hard enough, you could pick out the sense in her.

So now that I’m grown, with my own home and my own little parcel of land, I weave my webs. I weave them at night, in the basement, under the light of a single lantern–golden wire, like the banana spider’s silk. Patterns in them, like those of the writing spider. Sometimes, if I’m feeling real fancy, I’ll dig a hole in the earth, like the wolf spider’s tunnel home.

And there are bugs, oh yes. Bugs for a right thinking lady to put out of commission: buzzy bugs, whiny bugs, bugs that plead and scream and whimper. They ring the doorbell, their cars out front full of religious tracts and cheap makeup and the stench of desperation and broken homes. I give them sweet tea with a little something extra in it, and the bugs stop their buzzing for a while–for a while.

It takes the webs to silence them forever. Webs of wire, the silence of the basement. It takes a woman’s weaving, deft and sure.

When I go to sleep at night, if they aren’t too weak, I can hear their whimpers. I don’t mind: I think of it as the sound nature makes when it does its business.

Nana Bailey would’ve approved. I like to imagine her standing in my kitchen, her tumbler in her hand, arms crossed, smelling of yard work and Chanel perfume.

You’re a right spider, little girl, she says to me. It takes a brave lady, to kill a pest. Why, when your Grandpa died, I had to learn to kill bugs in the kitchen all on my lonesome. Lookit you! You do it without batting an eye!

So the bugs in my basement moan and whine and whimper away. And here I sit, in the sweet silence of a summer night: alone on the porch, knitting a scarf, drinking a tall glass of sweet iced tea. When I’m done with my scarf, I’ll go and check the webs to see which bugs are ripe for the plucking.

Even a spider needs something from its prey. I’ve got the breading ready, the oil poured, the knife sharpened, the cutting board clean. I’ll dice the onions soon and make a gravy.

Spiders might eat straight off the web, but not me. I’m a civilized lady, and I have Nana Bailey’s secret recipe.

One thought on “Fright Week Flash Fiction 1: The Web”