Definitely Not Dave, my magician manperson, wanted me to write one of these about a massage chair. So I did. 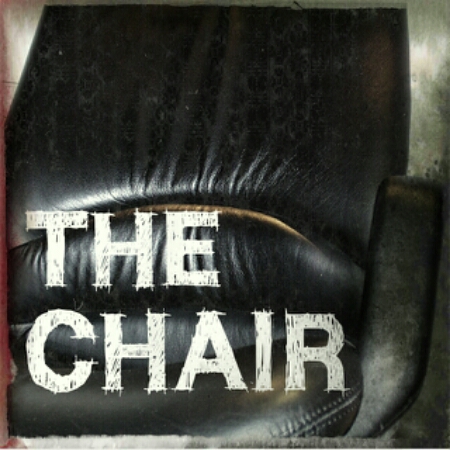 The kiosk is disgusting, a deserted island of cracked leather chairs in the middle of the empty mall. On a folding chair, an old man–from somewhere in Southeast Asia, or maybe Mexico, hell if I know–sits snoozing, a paperback book loose in his lap. Lucky for me, I don’t need him: though I have to say, it might be worth a complaint to whoever management is. You put your money straight into the chair here, but still. Attendants should attend you. It’s what they’re paid for.

The sign by the old man reads ASSAGE. There’s a slightly cleaner patch of sign backing where the M once rested. I read the sign’s smaller letters, scrawled in Sharpie:

I plunk my purse down by a chair and try out the surface with a tentative palm. It’s springy, and maybe I’m crazy but I could almost imagine I feel a little vibration in there already.

Lana from HR said I need to try it. She said I looked tired. I don’t know why the hell that’s okay now, telling another woman she looks tired–and Lana’s not the one to talk. She hasn’t gotten her hair done in months, and last time I saw her her panty hose had runs in them. Maybe I shouldn’t be talking to Lana in HR. Maybe I should be talking to HR about Lana. She’s a blight on the office environment. Not me. I just work hard.

But I took a long lunch today anyway. And I don’t have time for a real massage, but the mall’s right across from the office, and this, maybe…

Lana recommended the stupid chairs herself. And it’s so cheap! she said. And that giggle. That stupid airhead giggle. I don’t care about cheap. Doesn’t she know that?

I take off my jacket, fold it over my purse where it’ll maybe keep it hidden from purse-snatchers. Mall like this, you never know who’s around.

I sit down in the chair. I slide my money in–ten dollars. I don’t have all day.

I close my eyes and lean back. It’s the funniest massage chair I’ve ever sat in, but it’s soothing–a faint prickling pounding, like millions of little pistons are wearing themselves out against my back. I should’ve brought some disinfectant with me. Woken up the Chinese guy, asked him for a towel. Who knows who sat in this thing before me? Some fat old housewife, probably. A hoarder, out at midday, puttering around the mall. Ugh. I don’t want the shit from some filthy house all over my skirt.

But I can’t help it. I press myself deeper into the chair. The feeling–it’s an interesting feeling. I like it. I wish it was just a little bit stronger, but there are no adjustment controls on the chair–no space-age technology, this.

I press in deeper. Christ. It’s almost working. I can almost feel the knots in my back releasing. Whoever designed this thing was an evil genius–I’m going to put another ten dollars in, I can tell it already. Maybe there’s a market for this, a product that almost works. Something people have to buy over and over again. Like cigarettes, but without all the bad PR.

I press. I can feel the cheap crappy leather against my hose, my skirt, my nice new work shirt. Probably going to wrinkle. I don’t care. I want more.

I press in as hard as I can, clutching the tattered chair arms and forcing myself backwards. That feeling, Jesus. It’s almost working, almost perfect. Like an itch you can’t quite reach.

Something in the chair shifts, and I feel an opening, slotlike, where the back of the chair joins the seat. Whatever. Come on. Just give me a massage. A real massage. Come on, chair.

I see something on my way in.

Out in the deserted shopping mall, in a lonely kiosk filled with shabby leather chairs, a sound rings out.

The man on the folding chair drops his book, jumps. He looks at the chair for a few seconds, stands up, stretches.

The chair burps again. A tiny bit of blood, fresh red, seeps out between the backing and the seat.

He takes a towel from his pocket, wipes the blood away. He picks up the purse and the jacket, balls them up with the towel. He throws the whole mess in the trash, and returns to his book.